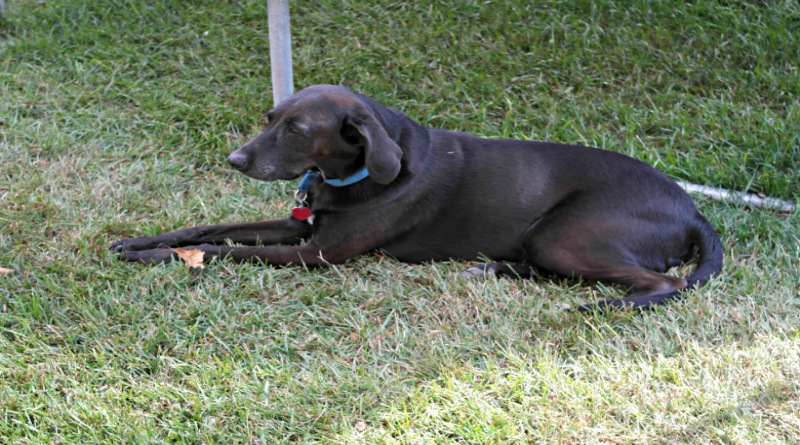 Yes, we are back…did you miss us?

Technology is wonderful thing, but it can be a bugger at times.  We had an accident (no not the kind that you have to get out the anitbac spray and paper towels for), and Do Not Pet, was wiped off the blogosphere.  Thankfully we have a dedicated “fix it all guru”, who has got us back up and running and will be trying to salvage other deleted posts if possible.

But if we have to start all over again, no harm no foul, or ticks or fleas – right?

Gabe says woof woof, and Gung Poe Wigglebutt it chiming in with his bow wows.  They are enjoying the bit of cooler weather we are having down here in the South.  Thankfully we’ve had almost a week without temps soaring into the high 90’s.  Today, it’s actually only supposed to get up to around 84.

Not sure if you all heard about the CRAZY flooding in Louisiana in August.  It was just unbelievable.  It’s estimated that we got around 6.9 TRILLION gallons of water dropped on our state. This is enough water to fill more than 10.4 million Olympic-size swimming pools.

We were blessed that we stayed dry…another 4 inches and it would have been in our home. There was more than enough water in our street and our yard.

Sadly so many others were not as fortunate. 90% of the homes and businesses in our town were flooded, and the majority had no flood insurance (more than 60 thousand homes throughout the state).  No no one thought that they needed it, as nothing like this has happened in a thousand years. The people here can’t recoup on their own, even if we had the help of everyone in the state.  Let’s put this in perspective. Their are only 4.6 million people in the entire state of Louisiana.  This is less than the population of metro Atlanta.

There were 13 deaths associated with the flood and back in late August the estimate dollar amount for damages was 30 million and I’m guessing that the number has risen since then.

Rebuilding is slow.  Many have left to live with family in other parts of the state or the country.  Small businesses are unable to reopen their doors.  This is devastating to our local economy.  Schools are back in session, but many are on double shifts until the damaged buildings can be restored.

Until you’ve lived through this type of disaster, you can’t really understand what goes on.  So many people think that once the water recedes that life just picks up where it left off. NOT SO.  Even an inch of water can mean thousands and thousands of dollars in repair costs.  Drywall has to be torn out, flooring removed, mold eradicated.  Appliances and furniture is damaged. In some areas the water rushed in so hard that it broke through windows and doors. If the water rises above 18 inches in a home, all the electrical has to be redone. Thousands and thousands have lost EVERYTHING…furniture, clothes, photos, dishes, memorabilia, personal products, their vehicles…EVERYTHING!

I cannot tell you just how grateful I am that we were spared, and how heartbroken for all those who were not.

But for now, we take things day by day.  Here is my big boy enjoying the breeze…with not a care in the world (which is exactly what I want for him!).

Married for eons, mom of 10, Nonnie to 26 with a great grand coming soon, to add to the mix. Avid reader and photo taker, scrapbook queen and jewelry maker. Collector of dishes, planners and pens. Lover of animals, chocolate and spends…long hours soaking in the spa tub (with a fully charged tablet, diet soda and grub). She’s worn lots of hats, tossed most to the wind, and doesn’t mind starting all over again. Every day is a new adventure…come along for the ride!

LibbyNeas has 14 posts and counting. See all posts by LibbyNeas 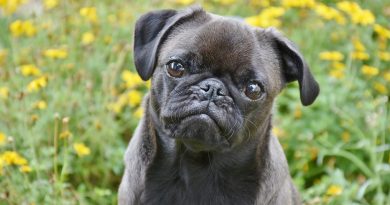 Dog Health Tips for the Spring 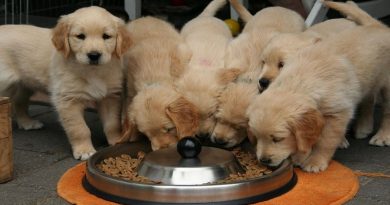 All Dog Food Is Not The Same 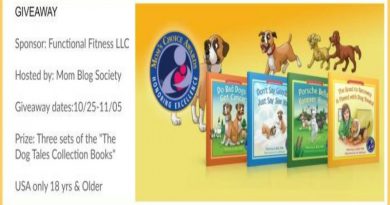 Giveaway Three sets of the “The Dog Tales Collection Books”

17 thoughts on “We’re BACK and Ready to Go Walkies”

Think About This…Free To Good Home

Giveaway Three sets of the “The Dog Tales Collection Books”